An Employee participation plan (“ESOP”) is an interesting instrument for entrepreneurs who wish to incentivize and reward their employees (or other contributing parties, but for the context of this blog we will focus on employees; “Participants”). The ESOP will give the Participants a chance to share in the profits in the event that the company is doing well (or if the company is sold) and in addition creates a sense of co-ownership and therewith hopefully more dedicated and aligned Participants. An ESOP is often set up by startups and scale-ups in order to be able to attract and maintain skilled personnel, not seldom because the salary level of the required personnel cannot (remotely) be met and instead participation in the ESOP is offered as (additional) compensation.

In this blog I will provide a high-level overview of three forms of ESOP that are often used in the Netherlands. Mainly due to the potential negative tax implications that might arise we strongly advise to always engage a tax counsel when setting up an ESOP.

Rewarding Participants with actual shares is not common practice since with shares comes the right to attend shareholders’ meetings and to vote during these meetings, which is often not appreciated by existing shareholders and investors. Instead of issuing actual shares to employees, it is more customary to set up a special purpose vehicle in the form of a foundation (a stichting administratiekantoor, or “STAK”) to which shares in the company are issued, against the obligation to issue so called depository receipts of those shares (certificaten) to the Participants in the ESOP. By doing this the voting and meeting rights attached to the shares are attributed to the STAK (which is usually managed by the founders) and not vested in the depository receipt holders, but the economic rights (dividends, exit proceeds) connected to the shares are vested in the Participants as the holders of the depository receipt.

If the company implementing the ESOP is still in the early stages it might be possible to take the position that the depository receipts awarded to employees do not yet have a positive value and that they hence can be awarded against no or a low consideration without any wage tax issues. Once a company is a bit more mature, however, or has raised external financing against an agreed valuation, it will become more difficult to hold up the position that the depository receipts can be issued to employees against no consideration and hence without taxation becoming due.

In order to avoid this taxation risk the ESOP could prescribe that the participants pay the market value for the depository receipts (so no salary in kind is awarded), but a loan is provided by the company in order to pay the purchase price. This is not ideal for the participant since he then runs the risk of having to repay the loan without any certainty that the depository receipts will prove to be worth more – if anything at all – than the loan amount.

Another option to avoid the taxation risk is to create a separate class of shares which will be issued to the STAK, in respect of which it is agreed that they will only share in the profits of the company in the event that the valuation of the company is higher than the valuation at the moment of the issue to the STAK. This effectively means that the shares issued to the STAK do not have a value at the moment of issuance and that hence the corresponding depository receipts can be issued to the Participants against no consideration. Unfortunately, this separate class of shares will be considered a so-called lucrative interest, entailing that, in principle, they will be taxed in box 1 instead of box 3. However, with some additional structuring (and legal costs) it is possible to enable the depository receipts to be taxed in box 2.

Stock Appreciation Rights (“SARs”) are contractual rights which do not entitle the Participant to actual shares or depository receipts of shares, but instead grant the Participant a right to a profit distribution which is connected to the value of the shares in the company (which is why SARs are also sometimes referred to as phantom shares). Since SARs are contractual rights there is a high degree of flexibility in how to structure them, but typically they will give the Participants a right to part of the profits of the company in the event distributions on actual shares are made (so in the event of an exit, but sometimes also when dividend payments are made) in which event the SARs are treated as if they were shares for the calculation of the amount payable thereon.

When SARs are awarded to Participants no taxation is due at that moment. Payments made pursuant to the SARs are subsequently taxed progressively in box 1 and hence the company will have to withhold wage tax on said payments. In principle, the payments made are deductible in the company’s corporate income tax, which makes SARs a flexible and attractive form of ESOP, especially for the company.

An option based ESOP usually consists of the Participants being granted options to purchase (depository receipts of) shares at a fixed price. The plans vary in when the options can be exercised. Sometimes this can only be done in the context of a sale of the company (an exit-based option plan), in which event the shares received following exercise of the options need to be sold immediately in the context of the exit. Sometimes they are exercisable at any time.

Participants in option plans are taxed at the moment of exercise of the options and hence not at the moment they are awarded the options. The taxation (in box 1) is due on the profit gained on the options, so the difference between the exercise price and the actual value of the shares that the participants receive. The payments made by the company are not deductible in the company’s corporate income tax. This makes options not so attractive given that they are otherwise very similar to SAR’s.

We hope this overview provides a basic understanding of the types of ESOP that are most common in the Netherlands.

Benvalor’s Emerging Companies team has extensive experience with setting up ESOPs and with structuring the tax and civil law aspects. The most suitable option for your situation will depend highly on the stage your company is in and it is therefore advisable to get in touch for a more tailored advice. 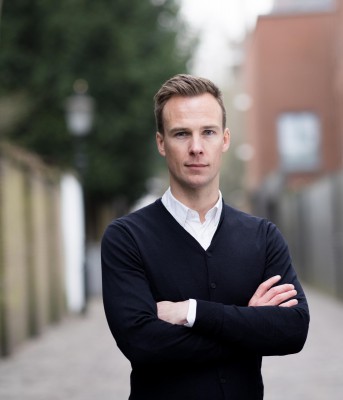